The Bristol Type 170 Freighter was an all-purpose workhorse developed  just after the war.

It was widely used for short flight cargo ferrying; most memorably by Silver City Airways who flew cars and their passengers to the continent from 1948. By 1958, Silver City had completed 125,000 ferry flights and had carried 215,000 vehicles and 750,000 passengers.

Initially a car and 4 passengers to France  cost £32.

The Freighter also took part in the Berlin airlift, and the standing room only rescue of refugees from India and Pakistan during the massacres of partition. It was used for transporting livestock, crop spraying and saw military service in Malaya and Vietnam .

214 were built. The last Freighter flight was in 2004, and one example NZ5911 has recently been repatriated to its Filton birthplace from New Zealand. 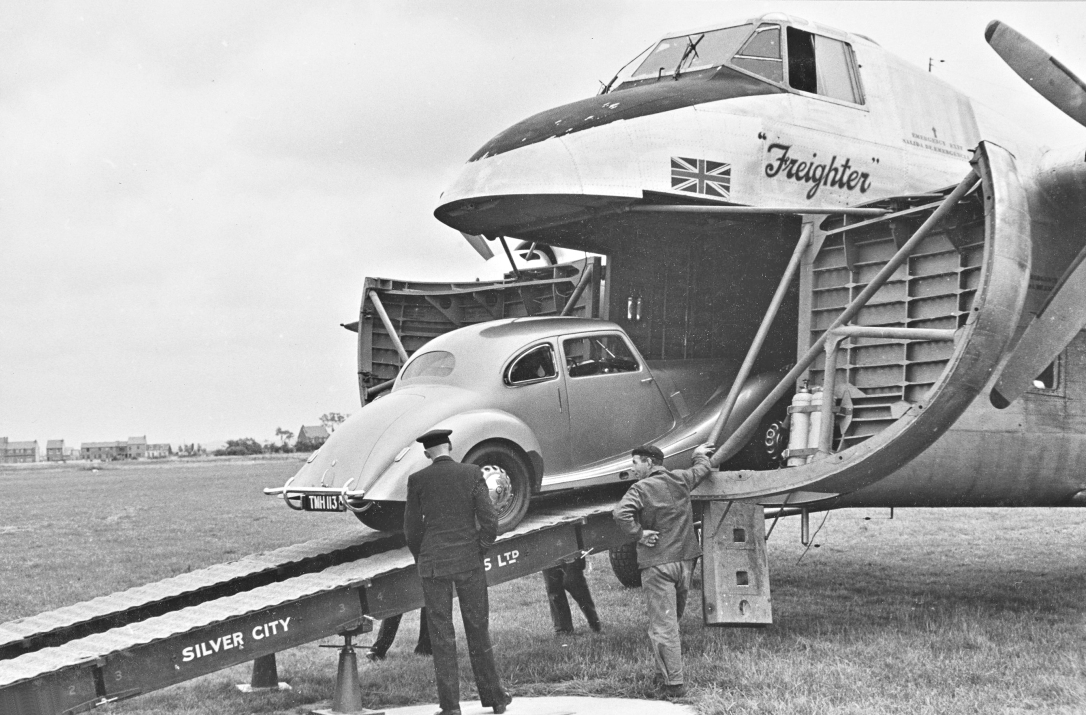